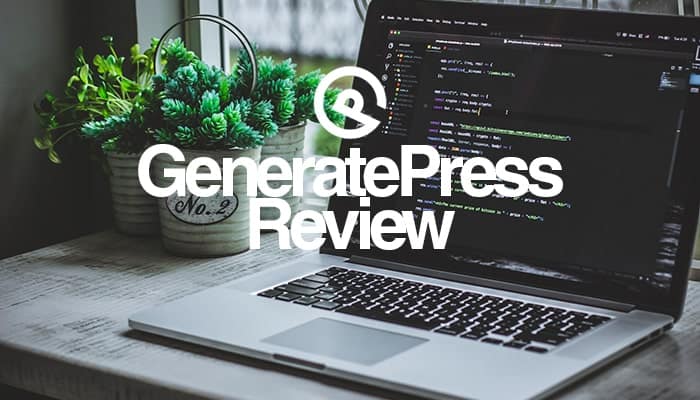 In this GeneratePress review I will tell you the story of how after using multiple themes in my pursuit for the fastest theme with great design potential for photographers and creatives I’ve finally found the one.

As a disclaimer, this website uses GeneratePress. But I would be recommending it regardless.

Created by Tom Usborne, GeneratePress claims to be the fastest super light weight theme with clean code. Out of the box it’s 30kb, and even with all my extra plugins and images, my current GeneratePress website is 430kb, whereas this current website is over 1mb which is average for wordpress websites.

Which Fast Themes did I consider

For my next project I decided against using Newspaper X again. But only because initially I was disappointed Newspaper X did not have a multi-site discount. GeneratePress by contrast is unlimited website usage.

That disappointment turned out to be a blessing in disguise. The hunt for the next theme was on.

My next website was to be based on my other great passion, art. So like this website it would have to not just be fast, but have a good theme design.

My first thoughts were Divi and Avada themes. These two have been tested to be consistently the fastest themes on the market. With that speed and also a wealth of quality ready-to-use demo sites, however, comes a premium price.

I kept them as my provisional first choice while I continued to research other options.

I was so very close to getting the Schema theme from MyThemeShop. This theme has been designed with SEO and speed in mind. This can be the perfect theme for many affiliate bloggers.

It is a simplistic blog design with speeds to match Divi and its competitors. I was even offered a significant discount to get me over the line. I was very tempted.

The Schema theme is great for speed, but I could not gel with the design, it’s not bad, it’s more of a personal choice. Some of the layouts just didn’t match what I wanted with the design structure I had in mind.

Another reason that stopped me from going with the Schema theme is that it is primarily a blog theme, it is not designed to showcase photography or art.

Even as a photography blog I feel the fit would not be right having tinkered with the free version. I think there needs to be more integration with a gallery section or an Instagram feed.

For a different niche the Schema theme could be perfect and may well revisit it for future projects.

This then led me to check out OceanWP.

An interesting turn in my story is that I was deciding between Schema theme and OceanWP, specifically the bakery pro demo.

As you can see it has a great looking transparent menu navigation that blends with the header. The header is a slick slider header design which would be great for featured articles.

OceanWP also had as close to the ideal layout of a blog article I wanted to achieve. I wanted to get as close to the same article format as big websites like Wirecutter.com or TheVerge.com. Which is article meta at the top. Below that, the title and subtitle, and then more meta, like author, published date and social sharing tools.

OceanWP offered this, but again not exactly the way I wanted it. But being closer to what I wanted plus having a better shop page design, I decided on OceanWP.

So I actually ended up purchasing OceanWP and fully customised my next website. All it needed was content.

What’s great about OceanWP’s demo sites is that there can be a gallery section on the front page, and Instagram can be integrated into the sidebar.

It can look like a great blog for a photographer or creative person. The design is up there with Squarespace, but with better speeds.

I did consider ThemeX from Themeforest, but thought the layout while interesting, was a bit clunky looking and again, being from Themeforest did not offer a multi-site licence.

Why I Chose GeneratePress

The next part in my GeneratePress review story is that I started designing a third website (not for myself) and instead of going with OceanWP again, I thought about checking out GeneratePress, and if I didn’t like it I would just ask for a refund.

I was so impressed, that with only a month used on my OceanWP licence on my second website, I dropped it for GeneratePress and have not looked back since.

Straight away I checked GTmetrix and Pingdom to see the speeds and even without a caching plugin the website is achieving sub 2 second page loads. Page viewers on average will leave a website that loads anything over 3 seconds. Google list page speed as one of their three ranking factors. Speed is important. I have only so far used the SG Optimizer.

For comparison, this website achieves around 3 second load speeds on a good day and that’s with WP Rocket, which is the best caching plugin on the market. But that’s a premium plugin. I’m really curious what the speeds would be for my new website with WP Rocket.

Above is OceanWP on my second site using a free caching plugin and after tinkering the theme to my design aesthetic. If you test the demo site url for Bakery it’s super fast, under 2 seconds, unlike my OceanWP website which you can see loaded in nearly 7 seconds.

It is possible to run my website at that OceanWP’s demo page speeds. But I am certain I would need WP Rocket, and image optimizing plugin and an upgrade to my hosting plan; maybe a dedicated server, which the demo site must be running.

OceanWP have to use the best hosting and plugins to showcase the speed. Because people like me will test their demo site to see if the speeds are possible.

The difference is GeneratePress runs at OceanWP’s speeds and all its premium upgrades without the need for any of them! It runs quick right out of the box. Once I add WP Rocket it’ll probably be under 1 second.

I am not sponsored and want this to be an unbiased GeneratePress review but there is actually little to not like. You get a super light theme with consistent speeds and you can tinker it to your liking.

The latter is what will turn off some. You can use GeneratePress out of the box, as there are a few demo sites to choose from and the default site is very simplistic.

However to get it to how I wanted, I had to download the right plugins, change settings in the customer and tinker with a bit of code.

This understandably is not what some people are after. If you want a wordpress website with a demo design you can use straight away you may have to check out OceanWP.

I wouldn’t go with Squarespace. WordPress themes have more than enough to f

I should stress, I am not a website developer. I have never had an html coding training. I simply use my common sense and design skills and research what I need. Using the great support network GeneratePress has and the extensive WordPress support system, any queries I had were only a Google search away.

Apart from the speed, there are other key features to consider when choosing GeneratePress.

The first is there are two versions. The free version is a standard blog style format with sidebar. It has few bells and whistles, so there is little you can other than upload content.

The premium version of theme comes in the form of a plugin you install. Unlike OceanWP, there is only the one plugin to install to unlock all of the theme’s attributes.

With OceanWP there are about 15 or so to get certain demos including all their functions working. For example, there is a plugin for the bakery demo slider, a plugin for GDPR, sidebar, social sharing, sticky header etc.

To be fair, GeneratePress would require a separate plugin for GDPR and a slider if I wanted that. Once I have installed all the necessary plugins like Wordfence, RankMath or Updraft Plus Backup, there are over 30 plugins to run OceanWP. That’s quite bloated and would be more susceptible to issues.

So far my GeneratePress site has less than half the amount of plugins at 14 and counting.

So Why am I not using GeneratePress for this Site?

GeneratePress is a fantastic theme, the potential to design it to your liking is endless. The speed as I have said is the fastest I have seen, and I have tried most of the best themes for speed.

Newspaper X is no slouch, and so long as my website loads under 3 seconds I will not be in any rush to convert.

The Newspaper X theme is also a one time licence fee payment, and if it was a yearly subscription it would make no sense sticking with it when I have the GeneratePress licence as well.

So if I had my GeneratePress licence before I made this website, I would almost certainly not have used this theme.

When my support for this theme ending this year, if I have any issues I cannot resolve, I will have to renew my subscription. At that point I will not do so. I have not had the best support from Newspaper X’s customer support so there is no incentive for me.

This is, however, a mature site with a lot of articles, so swapping over will not be as easy, but the outcome will be a super fast loading website. Combined with WP Rocket should result in even faster loading times.

For more articles like this check out my other reviews. 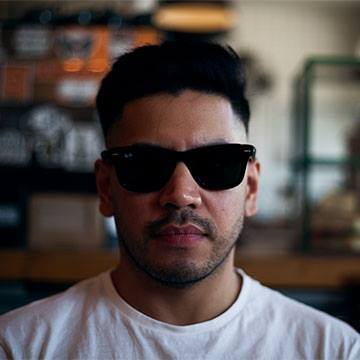 Squarespace vs WordPress for Photographers