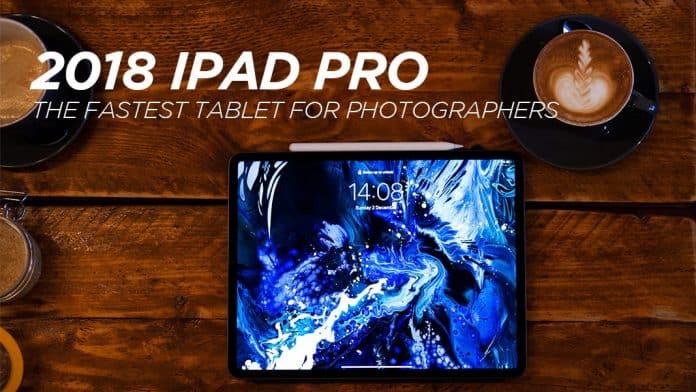 My thoughts on tablets have always been that they are devices for social media consumption and general internet browsing; the heavy lifting still the domain of the laptop and desktop. Apple has finally dropped the new 2018 iPad Pro, but can it really match the laptop or surpass it?

My first impression when I got the Apple’s second generation 12.9 inch version, the 2018 iPad Pro was that this tablet is a thing of beauty. There is not another company out there that can come close to matching Apple’s industrial design.  This time around Apple has returned to the iPhone 5’s chiselled edge design which I have always thought superior to its successors curved design. To this day the iPhone 5’s design still holds up. The iPad Pro has refined this design.

The finish is a combination of aluminium and glass and feels every inch premium to the touch; available in silver or space grey where it looks delicious.

The 2018 iPad Pro has a luxurious edge to edge liquid retina screen that is stunning to behold and in this iteration, taking its design cue from the iPhone X, the display is bezel-less with the screen reaching almost to the edges. Reaching 600 nits in brightness, the colours pop, and photos seem to be almost tangible. Editing photos on this screen is a joy.

The screen’s impressive design can be attributed to Apple’s ProMotion technology, which automatically adjusts the refresh rate up to 120Hz; going back to my 60Hz devices will be hard.

As an artist and owner of a Wacom Cintiq and Wacom tablet my standards are high.

Wacom has monopolised the industry for years. No longer, Apple have improved upon the first generation iPad Pro immensely

Comparatively they’re both battery free which is ideal. Apple has done away with the lighting jack, now it charges while magnetically attached to the iPad side. The Wacom stylus has nibs which can scratch the screen. The Apple pen does not require nibs and is thinner than Wacom’s, there is no noticeable parallax. But most importantly is latency, there’s no lag. Nothing takes you out of the moment as you’re drawing when your tech can’t keep up. This is a a game changer and closest to real drawing in digital.

The acid test that separates it from laptops is whether it can handle Lightroom. More on that in the next blog.  The abridged version is yes, but it’s still much easier on a laptop or desktop. The issue is iOS. The software is still not the up to the capability of OS and Windows. This is what holds it back from overtaking your laptop.

There were quite a few times while I was using the 2018 iPad Pro when I found myself in a ‘I can’t do that here so I’ll have to do that task when I get my laptop’ situation. I don’t want to do a disservice to this incredible tablet. But there are small shortcomings that if addressed would mean the iPad Pro could surely replace your laptop. As it is they are there and we’ll just have to wait if one day the iPad can make that transition.

Which MacBook Pro should you buy?